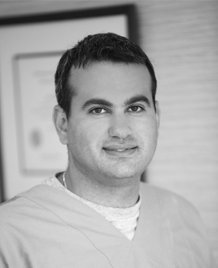 Dr. Alain Romanos obtained his Baccalaureate Diploma (high school) in 1992 and pursued one year of Biochemistry in 1993 at the Lebanese University.

In 2000, Dr. Romanos was admitted at the University of Alabama – Birmingham at the General Practice Residency department in the United States followed by three years Residency at the Periodontology Department where he obtained his Master Degree in June 2004.

Currently, Dr. Romanos has a private clinic in Periodontics, Implant & Esthetic Dentistry in Antelias – Lebanon and partner in another Private practice in Hamra, Beirut.

Dr. Romanos is involved in teaching, he holds a title of assistant professor at the postdoctoral program of Periodontology at the Lebanese University and also serves as Visiting Assistant Professor at the University of Alabama – Birmingham, USA.

He is the Director of Periodontics course at the Dental College (a continuing education dental school) and gives advanced courses on soft tissue grafting techniques using alloderm & connective tissue graft, Implant in the esthetic zone, complications & management of failures and Basic Periodontology.

Dr. Romanos is an active member of the Lebanese Dental Association, the American Academy of Periodontics and the Lebanese Periodontal Society where he occupies a position of General Secretary.

Dr. Romanos loves teaching and lecturing, he gave more than seventy seminars and courses on national and international levels.