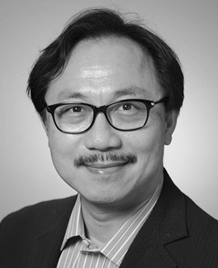 Dr. Lin received his DDS degree from Kaoshiung Medical University, Taiwan in 1987. After obtaining periodontal postgraduate training certificate and master degree at the Ohio State University in 1991, he was appointed as clinical assistant professor in department of periodontology, college of dentistry, OSU in 1992. He was given the Certificate of “Master in Implant Dentistry” from UCLA, School of Continued Educaiton in 2006.

He is a diplomate of American Board of Periodontology certified in 2000. He is the past president of both Academies of Aesthetic Dentistry and Gnathology in Taiwan, Republic of China. He is the founder and director of Taiwan Seattle Study Club since 2009, the only chapter in Asia affiliated with Seattle Study Club.He was elected as the President of Taiwan Academy of Periodontology for the term from 2011 to 2013.

Dr. Lin is currently teaching at the National Taiwan University, and maintains a private practice limited to Periodontics and Implant Dentistry in Taipei, Taiwan. His numerous lectures and presentations nationally and internationally were very well received. His main interests are periodontal esthetic procedures extending from maximum preservation of natural dentition to maximum reconstruction for implant dentistry.